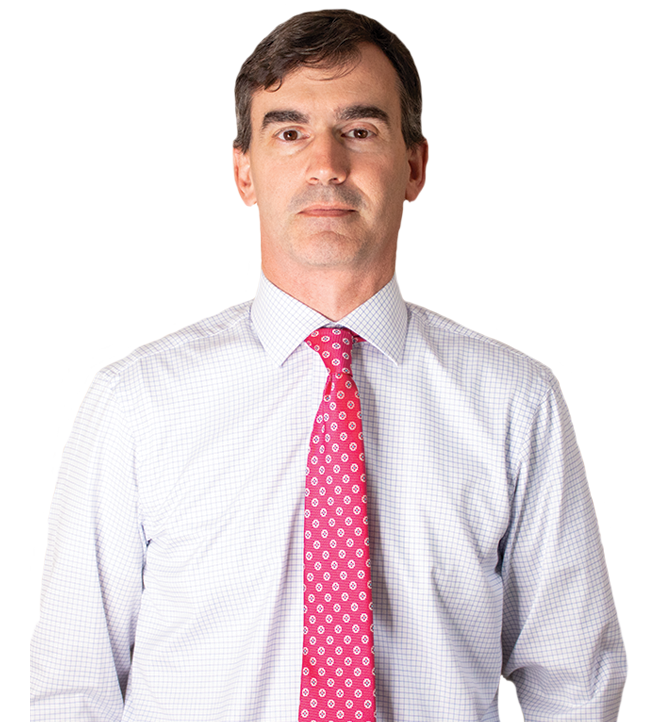 Chuck was, and still is, a sports fanatic. Chuck played competitive tennis from a young age and eventually had a successful high school tennis career which led him to play tennis in college at Wake Forest University. Playing a college sport at a Division I ACC school was the highlight of his athletic accomplishments. Chuck's son has been bitten by the sports bug as he competes in many sports while his daughter is very active with local theater, singing, and dancing. If not in his office or in the courtroom, Chuck and his wife are traveling to practices and games with their son, and rehearsals and performances with their daughter. 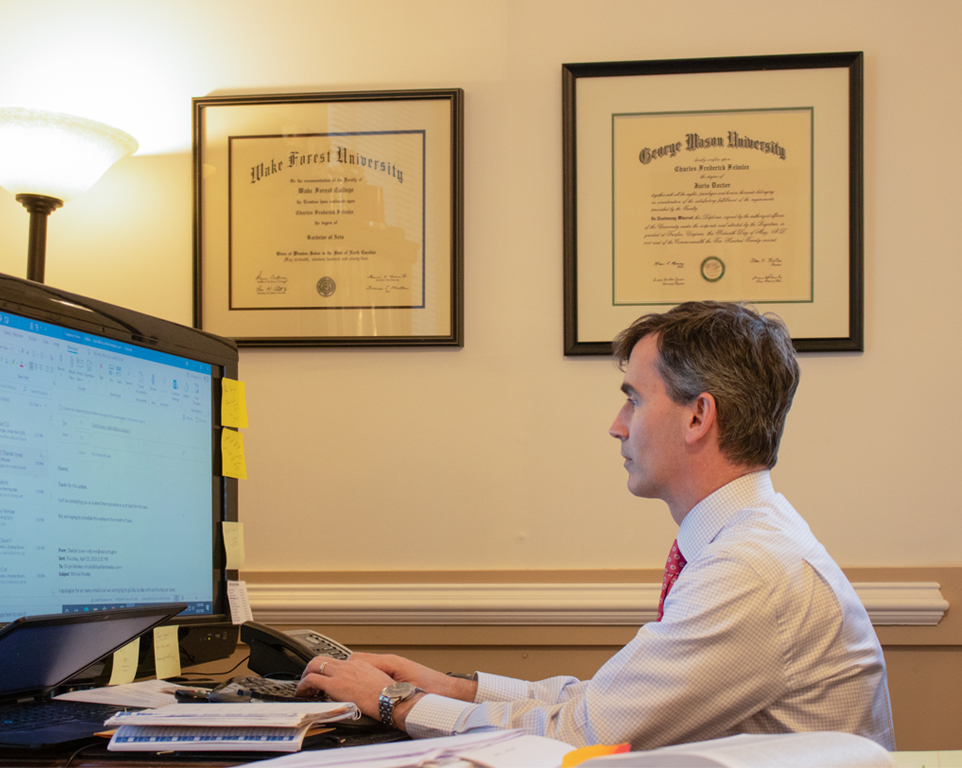 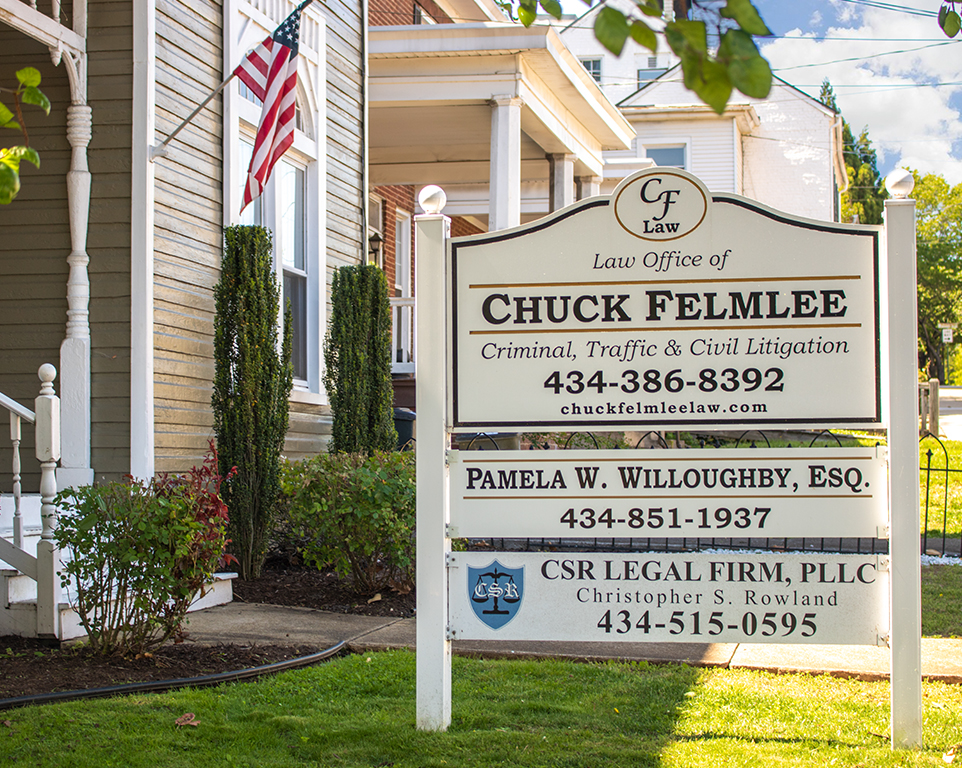 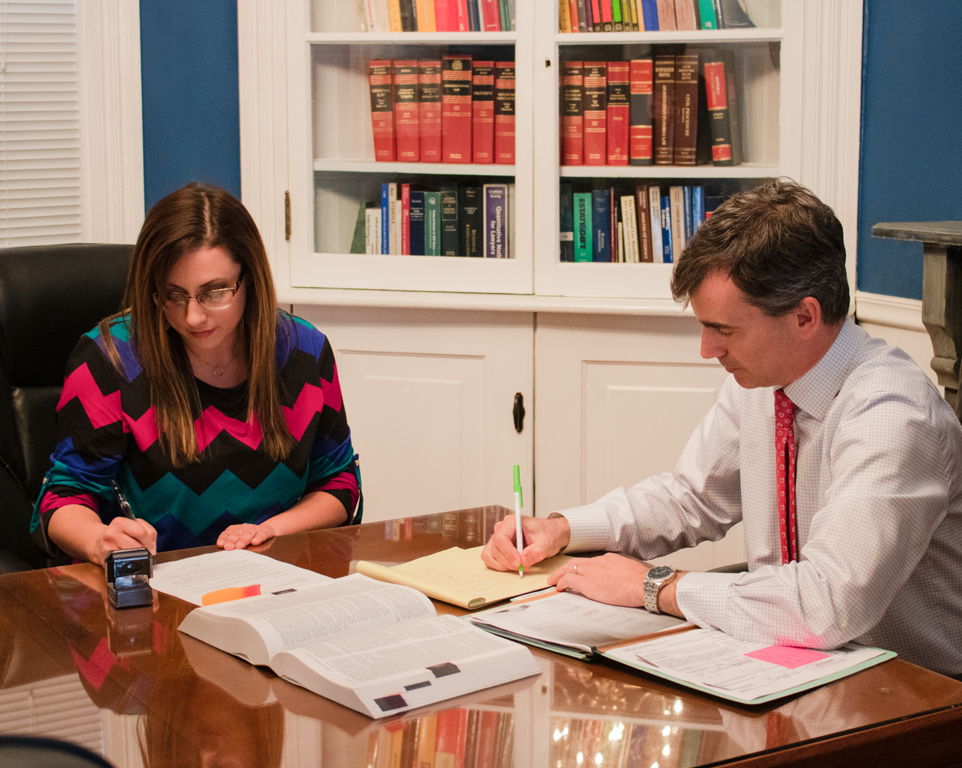 After graduating law school, Chuck first worked for a law firm in Washington, D.C., Morgan, Lewis, & Bockius. Working as a staff attorney in the Labor & Employment section, Chuck spent two winters involved in the Major League Baseball salary arbitration hearings. During these hearings, Chuck's firm represented the teams against their players and agents. Chuck was able to meet and work with the General Managers for the New York Yankees and the Minnesota Twins. Sitting across the table from Yankees closer Mariano Rivera during the 1999 arbitration and working with Yankees General Manager Brian Cashman and Assistant General Manager Kim Ng were highlights from the arbitration hearings.

In 2000, Chuck made a decision to leave the big firm life and begin a career in criminal law. That same year he was offered a job as an Assistant Commonwealth's Attorney in his hometown of Lynchburg, VA. Beginning with his first day on the job, June 26, 2000, his passion for criminal law has continued to grow. Over the next seventeen years, Chuck worked tirelessly as a prosecutor going to court everyday on behalf of the citizens of the Commonwealth of Virginia. Chuck first was the chief misdemeanor prosecutor for the City of Lynchburg prosecuting all adult misdemeanor offenses between 2000 and 2001. In 2001, Chuck shifted to prosecuting a combination of felony offenses and serious misdemeanor offenses.

In 2002, Chuck and his wife moved to Richmond, VA as Chuck was offered a position as an Assistant Commonwealth's Attorney in Henrico County, VA serving as the chief firearms prosecutor for the county. Henrico County is one of the largest prosecutors office in the state and was an invaluable training ground as Chuck began to prosecute more and more serious cases. While in the Richmond area, Chuck was also exposed to many of the top criminal defense attorneys and was able to see how they perfected their craft.

In 2004, Chuck and his wife and growing family moved back to Lynchburg as Chuck was offered a position as a Deputy Commonwealth's Attorney for the City of Lynchburg supervising a team of prosecutors. Chuck first was assigned the role of lead juvenile and domestic relations prosecutor. In this capacity, Chuck either handled or supervised the most complex cases involving juvenile defendants.

In 2006, Chuck switched back over to supervising and prosecuting all major adult felony offenses in the City of Lynchburg. Over the next eleven years, Chuck served as the chief drug prosecutor working closely with the local Vice and Narcotics unit of the Lynchburg police department. During this time, Chuck also played a role in every homicide investigation and prosecution in Lynchburg as either the lead prosecutor, a supervisor, or advisor.

Over a 20-year career in criminal law, the following is a list of crimes that Chuck has prosecuted or defended:

Use of a Firearm in the Commission of a Felony Offense

Maliciously Shooting at an Occupied Dwelling

Maliciously Shooting at an Occupied Vehicle

Shooting from a Vehicle

Possession of a Firearm by a Felon

Reckless Handling of a Firearm

Distribution of multiple other Schedule I, II, III, and IV substances

Possession of Cocaine with Intent to Distribute

Possession of Heroin with Intent to Distribute

Possession of Marijuana with Intent to Distribute

Possession of multiple other controlled substances

Larceny from the Person

Unauthorized Use of a Motor Vehicle

Tampering with a Vehicle

Abduction with the Intent to Defile

Forgery of a Public Record

Refusal of a Blood or Breath Test

Failure to Register as a Sex Offender

Peeping into a Structure

Threatening to Bomb or Burn a Building

Do you need a defense attorney? Contact Chuck Felmlee Today!

Prepare for each case as if it will go to trial and aggressively pursue every possible avenue of defense.